A zoo is appealing for unwanted perfume to help boost "happy hormones" in its big cats and primates.

Improving social work practice has been praised in an ‘inadequate’-rated children’s service.

People on Corbyn Road in Dudley reveal their wish list in the run-up to the general election.

A severe fire rips through the thatched roof of a restaurant.

Two men are arrested on suspicion of murder after a man's body was found in the Black Country.

A motorist makes a lucky escape after his car overturned and he was left trapped for half an hour.

The family of an 18-year-old mother killed in a crash in Stourbridge say she was a "beautiful, happy, smiley girl".

Link up tackles loneliness among the elderly

According to Age UK more than a million older people in the UK go at least a month without talking to anyone.

"Serious and widespread failures" are identified in services for children and young people needing protection in Dudley.

DfE troubleshooter to assess whether to outsource Dudley children’s services

The Department for Education has sent a troubleshooter into Dudley council to decide whether to strip it of control of children’s social care.

"Serious and widespread failures" are identified in services for children and young people needing protection in Dudley.

A Dudley teenager who lived on a diet of chicken nuggets, chips and white bread uses hypnotherapy to help...

The Dudley Eye has been branded "the worst tourist attraction in the UK" by some national newspapers.

Work to remove an illegal rubbish tip which has towered over homes in Brierley Hill for the last six years is under way.

A man is charged with murder after a man's body is found in a flat in Stourbridge.

A man is arrested on suspicion of murder after a 59-year-old man is found dead at a flat in Stourbridge.

Two men are killed as a car crashes into a wall in Brierley Hill.

A van driver is rescued as his vehicle becomes impaled on a fence in Dudley.

A man is due in court following a "hit-and-run" incident in Stourbridge which left a 15-year-old girl seriously hurt.

A husband is charged with murder after his wife, found with head injuries in Dudley, dies.

A woman dies and a man is arrested shortly after she was found with head injuries in Dudley.

Dudley-born comedian and actor, Lenny Henry has been knighted by the Queen in a ceremony at Windsor Castle.

Dudley Hippodrome to be demolished

Dudley Hippodrome is to be demolished and replaced with a public exhibitions and events open space.

Man dies after being hit by car

A man dies after being hit by a car in Dudley, in the Black Country.

A long-running dispute over the location of a new mosque is settled in favour of Dudley Borough Council.

Post-war architecture is loved and loathed in equal measure.

The bulk of the cuts were made in the West Midlands, PwC said, adding that the affected staff would be paid until close of business on Friday. 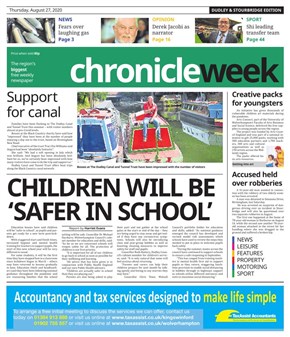 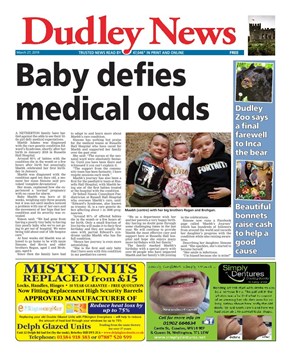 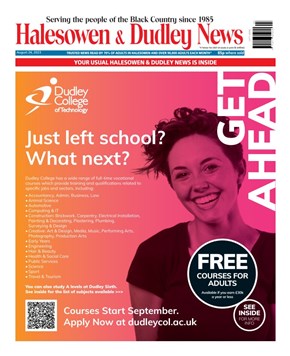 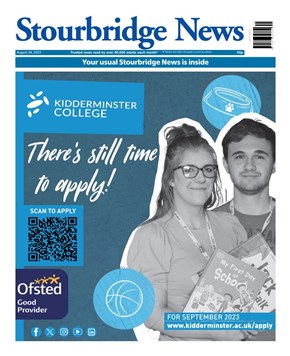