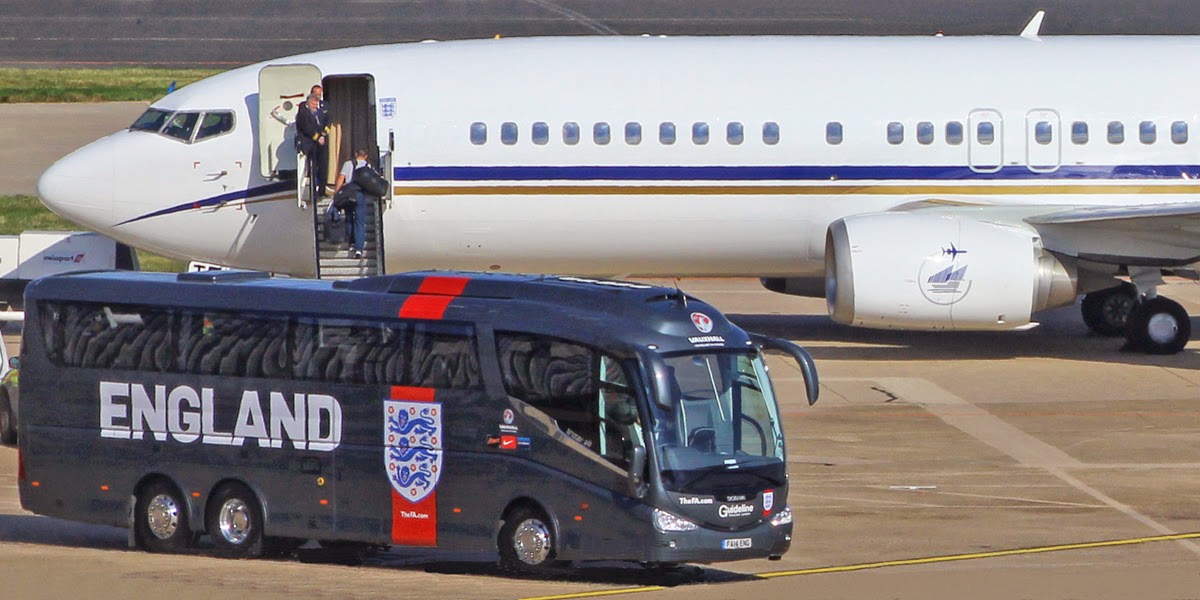 . …. Wayne Rooney, the England Captain, and other players board the aircraft …. the flight to Basle was operated by GainJet Boeing 737-406 SX-ATF Sunday 7 September 2014
Read the complete text