Blog feature
Remembrance or ‘Remembering them’? 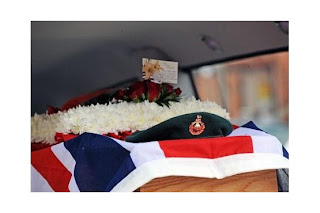 Yesterday we held the funeral service of Albert William Vaughan, an eighty-nine year old man who had served in the Royal Marines and gone to war for his nation.

Many wished to celebrate his time as a Boot (14th April 1942 – 18th August 1952) and this was both fitting and right. But this leaves some seventy-nine years unaccounted for. Well, not totally unaccounted for as we know that for the past twenty-one years this man lived in a nursing home where…
Read the complete text
Useful links Recent stories