Bus users and local business have raised objection to the unexpected suspension of bus stops outside Northfield Shopping Centre.

Today was the culmination of our ward’s Community Arts Project – Edgbaston Awakes! – organised by Artscoop and funded through our ward LIF money.

Near bus stop in between Aberdeen street and Heath Street.

Cars parking on the pavement opposite Wednesfield Dental Practice, it’s very dangerous as they park alongside and opposite two bus stops, causes heavy congestion at peak periods.

Blog comment
Petrified dog BEATEN UP on bus in Walsall

On Saturday I went to Cardiff with Dan Slee for Gov Camp Cymru, an unconference for government types in Wales .

News
Should the Government give every single one of us free phones and bus passes?

Politicians are taking a serious look at proposals for the Government to provide free food, housing, transport and even a phone…

Blog comment
Autumn Leaves Running Day at Aldridge Transport Museum this Sunday – and the finale of Beer and Buses!

While the Beer and Buses festival is ongoing at Aston Manor Transport Museum in Aldridge today and tomorrow (Saturday and Sunday, 14th and 15th October 2017) it’s worth pointing out that tomorrow, as well as the culmination of the beer event, it’s …

Over this weekend of 13th-15th October 2017, there’s a great, innovative event taking place at Aston Manor Road Transport Museum just off Northgate, Aldridge – Beer and Buses, combining a great beer festival at the local museum, culminating in the …

The South Birmingham bus stop rationalisation programme (stupid name for a decision to cut out a number of bus stops) is generating a number of complaints from residents.

Follow up sent to Birmingham City Council by David Blythen on 11 October 2017 .

Response by Birmingham City Council to David Blythen on 11 October 2017 .

News
Lorry overturns following a collision with a bus near Longbridge Railway Station.

Emergency services were dispatched to Longbridge Lane, at around 10:30AM this morning (11/10), to reports a collision involving a lorry and a bus at the Sunbury Road junction.

A visiting artist supported Coventry’s mental health festival by creating charcoal drawings on free newspapers and leaving them for other bus passengers to enjoy.

Liz Akins uses newspapers to create art and gives it to the travelling public for free.

News
‘They work for us, not the other way round!’: Readers react to council’s bus gate refund refusal

Five people have been assessed by ambulance staff, three of whom required treatment and taking to hospital, following a collision between a car and a bus this afternoon.

Wakas Hussain died after being hit by a bus in January…

Local news
Three hospitalised after collision between car and bus

The collision happened this afternoon (Thursday 5 th October) just before 1pm on the Alcester Road South in Kings. News
Council says no to refunds on £1.7million fines at disputed bus gate

Ride this on a oush bike or a bus passenger and see how your bum or back likes it BCC.

Live drawing sessions on buses by artist and mental health advocate, Liz Atkin, will form part of a two week festival in Coventry.

COLOURFUL and interesting bus shelters have started popping up across Tamworth as part of a community art project involving local artists and hundreds of school children.

News
Bus and train yobs should be banned from ALL public transport, says police boss On Hillmeads Road at the very end near The Fold, where you can see this bus stop opposite the tower block, there is now a massive deep dangerous pothole here, the buses roll backwards in it, the road needs resurfacing as does Sisefield Road… 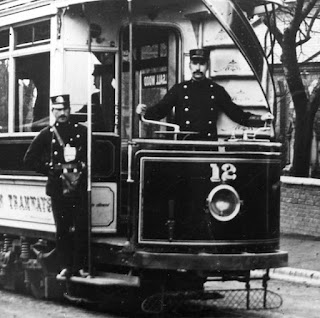 Blog
Its a bit Random but…

News
Revealed – £2 million bus lane fines dished out – which cameras are most lethal?

Bus stop vandalised by three young children who left on number 48 departing towards north field at 1155.

News
New half-price bus, train and tram scheme for 18s and under

A scheme giving apprentices and trainees aged 18 or under half price travel on the region’s bus, train and tram network has been launched. The cable boxes shown in the photo have graffiti on them, also on the walls here.

A trial scheme taking little-used bus stops out of service to help speed up bus journey times for passengers on some of the busiest roads in South Birmingham is about to begin. Bin pulled down off bus stop by vandals Nearest road to the pin placed on the map (automatically generated by Bing Maps): Church Road, Wombourne Report on FixMyStreet…

A scheme giving apprentices and trainees aged 18 or under half price travel on the region’s bus, train and tram network has been launched by Andy Street, Mayor of the West Midlands, today (28/09).