“Parkgate is open and Asda dominates an unpleasant place.

Asda staff were locked in a freezer by robbers who threatened to shoot them during a terrifying night time raid.

There are pot holes just before the turning into asda.

One of the traffic lights on the road leaving Asda Supermarket is not facing the oncoming traffic but appears to have been knocked in the opposite direction.

No one seems to tell the truth these days do they? Look at today’s picture.

No one seems to tell the truth these days do they? Look at today’s picture.

Apologies to any disappointed visitor: Alan Carpenter, who keeps a photographic record of the development (including this perspective), points out that many of the shops we listed from the Parkgate website: Asda, JD Wetherspoon, Pizza Express, Prezzo…

Blog comment
Think again over lifeboats and donate to RNLI

I WAS shopping at Asda on Sunday and the RNLI were present, with information and a display, showing what the Royal National Lifeboat Institution does and how it helps save lives.

Local news
IN COURT: A man exposing his genitals in Asda, Walmley gets…

Life according to Mrs Shilts 16 May 14

We were recently sent some Little Tikes goodies from the new range, exclusively available in-store and online at Asda.

News
25 jobs to be created as Asda Bloxwich expands

Up to 25 jobs will be created under expansion plans at a supermarket, it has emerged.

Some reflections on the story of Colebrook Priory Windmill have been received by email.

Abandoned Asda trolley in the road which would damage cars if left her long. Julian Knight, Conservative candidate for Solihull has welcomed Prime Minister David Cameron to the Parkgate development so he can see first hand the jobs and homes the project will bring to Shirley.

Asda in Minworth will be open at the following times over the May Day bank holiday weekend period: Saturday 3rd Closes at 10pm Sunday 4th 10am – 4pm Bank Holiday Monday 8am – 8pm Tuesday 6th Opens at 6am…

It feels very much like Spring now it has turned warmer and the fields are full of lambs with their mothers and Cowslips are everywhere.

Asda in Minworth will be open at the following times during the Easter 2014 period: Good Friday 24 hours Saturday 19th Closes at 10pm Easter Sunday Closed Easter Monday 8am – 8pm Tuesday 22nd Opens at 7am…

A Pype Hayes man has been sent to prison for committing a series of offences just  three months after he had been given a  suspended sentence.

Life according to Mrs Shilts 12 Apr 14

When we go out for the day with Little Mr I’m always conscious that he will need a couple of snacks throughout the day to complement his meals and his milk.

A new click-and-collect service has been launched at a supermarket, creating seven jobs.

There were some really wild shoppers at Asda in Brierley Hill after DZGs face painters got to work! The outreach team visited the supermarket to hand out leaflets about our forthcoming Onesie Walk and transform some of the younger shoppers into their…

With food prices slowly on the rise, Dudley pensioner Jean Hudson thought nothing of her high shopping bill until she left the shop.

Business
Families ‘have £5 more a week to spend’ says Asda

THE latest Asda Income Tracker has revealed that families had £5 a week more discretionary income in February, 2014 than in the same month the year before.

A five-year battle between supermarket giant Asda and a district council has ended after a deal was reached over the ownership of a £650,000 pot of cash.

Over £500,000 will be invested in sports facilities in the District after a long-running dispute between Cannock Chase Council and Asda was resolved.

The traffic lights on the Alcester Road outside the 99p Store / ASDA have failed.

News
Asda charges customer £450 for one loaf of BREAD

Warehouse worker John Brown, 37, from Wolverhampton, made a quick trip to his local supermarket for eggs, bread and jam, and didn’t check his receipt before he dashed out.

Supermarket apologises and reimburses John Brown, who noticed the error when he checked his bank statement three days later Asda has apologised to a customer who was charged £450 for a loaf of bread while using a debit card at a self-service …

Officers are appealing for witnesses after a road traffic collision in Cannock.

Life according to Mrs Shilts 13 Mar 14

When you first find out that you’re expecting a baby, you never anticipate that your baby will arrive early.

Blog feature
Get designer looks from Asda George this Spring

The new season from supermarket giant George at Asda seems to have a distinctly designer flavour.

Sport
What it is to be a Blues fan

STAFF at Asda stores and depots in the Birmingham and West Midlands region will this week share in an annual bonus payout of more than £2.8million, as Asda workers across the UK share a total of £27.8 million.

Business
‘Family spending power up £3 a week, year on year’

THE latest Asda Income Tracker has revealed that family spending power increased by £3 a week, year on year, in January.

Wildlife lovers in Great Barr have found a ray of sunshine in the recent bad weather with a rare duck making itself at home on Queslett Nature Reserve.

ROTARY’S Santa put in a appearance when 120 children enjoyed a Christmas party at the Castle Hotel along with Balloons and Tunes entertainment.

AS the nation gets ready to swap 9.6 million gifts this February 14, Asda reveals which cities around the UK will be most bitten by the love bug and which will avoid Cupid’s arrow.

The latest collection from Barbara Hulanicki is now in Asda stores and online and is a perfect transitional collection.

Cases dealt with by Coventry Magistrates on December 20…

A supermarket in Walsall is looking to scrap its car parking charges, offering free spaces for shoppers for up to four hours.

On the round about to Asda the road surface is deteriating and cracks are opening up which need filling Nearest road to the pin placed on the map (automatically generated by Bing Maps): Arterial, Sutton Coldfield Report on FixMyStreet… 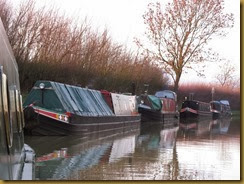 It went quite dark mid afternoon, the wind whipped the bare branches of the trees around and we got pelted with rain.

Barclays will close a quarter of its 1,600 branches in the UK and replace them with smaller sites in Asda supermarkets, it was revealed today.