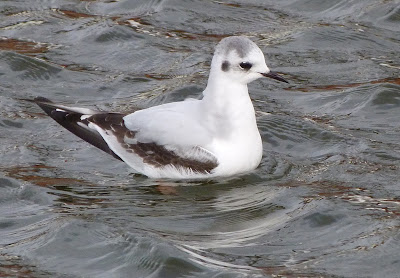 Grass verges in Halifax Avenue have been virtually destroyed by lorries mounting the kerb.

Midcounties Co-operative is to reopen its old offices in Walsall creating 100 new jobs, it was revealed today.

MIDCOUNTIES Co-operative has announced a significant investment in Walsall in a move that will see the creation of 100 new customer service jobs. March 21st – I returned from Walsall in the beginnings of a storm of wet, heavy-flaked snow.

I was too busy to pop down yesterday, but I’m very thankful to friend of the blog and long-time reader Andy Hollyhead, who popped over to the opening of the new Co-op store in Walsall Wood yesterday.

THIS weekend sees the ‘Art Soak’ festival holding a host of exciting and innovative events and performances across the Selly Oak constituency with plenty happening in Bournville and Stirchley.

A gang of four men targeted the Co-op Bank on High Street in November 2011, taking £130,000 and threatening two staff members with batons in the process.

999
Men in court for Co-op robberies

Three men are to appear at court tomorrow (Friday 22 March) charged in connection with 15 robberies at Co-op stores across the Midlands.

Friend of the blog Lee Braggington, Walsall Wood Group Scout Leader, has been in touch to let me know that the new Co-op store at Streets corner will finally open this coming Thursday, 21st March 2013, as I noted on my 365daysofbiking journal on Wednesday.

Welcome to the wonderful world of the Ambrose Bierce’s The Devil’s Dictionary.

Armed robbers threatened workers during a terrifying raid at a Black Country supermarket, before fleeing with thousands of pounds worth of cigarettes and hundreds of pounds in cash from the safe.

Cash and cigarettes were stolen in a raid on a Co-op store in Staffordshire today.

Midlands Co-operative have been unveiled as the anchor tenant in a new mixed-use development in a south Birmingham suburb.

A prolific shoplifter has been banned from entering any Spar, Boots or Co-op store across the Dudley borough for the next two years.

Business
388 jobs at risk as stores to close

NEARLY 400 jobs are at risk after Midlands Co-Operative announced it is to close its fashion and home department stores in the region due to competition from online shopping.

A PROLIFIC shoplifter has been banned from entering any Spar, Boots or Co-Operative supermarkets across the Dudley borough for the next two…

Midlands Co-operative Society, one of the region’s largest employers, has announced strong trading over the Christmas period.

I keep getting messages and emails about this.

Police want witnesses after five masked raiders stormed a Tividale Co-op store in the latest in a string of raids on Co-ops.

A busy post office in Walsall will close and move to a new home next week in a change that will see its opening hours extended by more than 60 hours a week.

The Midlands Co-Operative Society has announced increased sales and trading profit in the first half of 2012.

Security shutters are to be installed at a Co-op branch under new plans to protect the store in the wake of a number of supermarket raids in the region.

Men in court over Co-op robbery

TWO MEN are appearing in court this morning, accused of robbing a Dudley Co-op and plotting raids at other stores across the Black Country.

Two in court over Co-op robberies

TWO MEN are appearing in court this morning, accused of robbing a Dudley Co-op and plotting raids at other stores across the Black…

Two in court over Co-op robberies

TWO MEN are appearing in court this morning, accused of robbing a Dudley Co-op and plotting raids at other stores across the Black…

Masked robbers armed with hammers and axes targeted two supermarkets in the Black Country within hours of each other, before fleeing with money and cigarettes.

Firefighters tackle blaze at back of Walsall Co-op

Twenty firefighters were called to tackle a blaze at an outbuilding attached to a Co-op store in Walsall.

Construction of a new Co-op store which is creating more than 25 new jobs in Walsall is forging ahead with the main structure now in place.

Extra security guards and mobile patrol vans have been deployed to Co-op stores across the region following a string of armed raids.

The Co-op has launched its most “radical” corporate ethical plan, pledging to sell more Fairtrade products, cut carbon emissions, invest in community projects and take on thousands of apprentices..

Business
From Knave to Co-op

Midcounties Co-operative Chief Executive Ben Reid has been awarded the OBE in the Queen’s Birthday Honours List. The award is for ‘services to business and to the community in Walsall’ for — as well as being a leading figure in the Co-op Movement — Mr Reid has played a key role in helping regenerate Walsall…