News
Burntwood crematorium plan set to be approved by Lichfield…

A CREMATORIUM could be established at Walsall Burial Park at Springhill near Burntwood.

News
Stephen Sutton funeral could be held at Lichfield Cathedral

THE FUNERAL of Stephen Sutton could be held at Lichfield Cathedral if his family requests it, the Church of England has confirmed.

Stephen Sutton’s funeral could be held at Lichfield Cathedral, it emerged today as hundreds of floral tributes are laid outside his former school.

AN arson attack on a new business premises in Sutton Coldfield has left its owner asking why me?.

A FUNERAL date has been set for a Stourbridge World War II veteran who has died more than 70 years after his family were told he had been presumed drowned at sea.

MY father Jack Law was wounded at the Somme in World War One.

SUTTON Coldfield-based funeral directors Dignity has seen a near 2% increase in first quarter sales with underlying operating profit up 1.6% for the 13 weeks to March 28.

As Dying Matters Awareness Week approaches, staff at Tamworth Co-op’s funeral division are hoping it will act as a timely reminder for people of all ages to plan their own funeral. 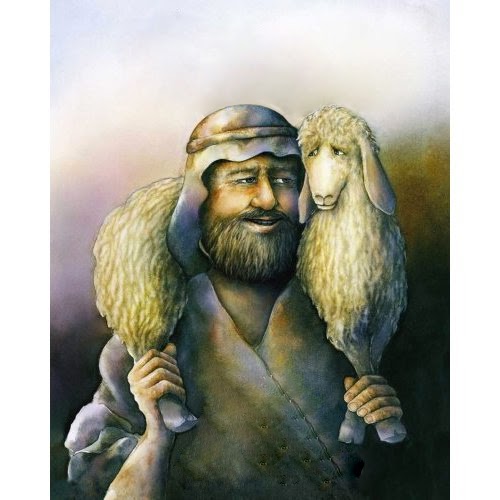 Another Sunday before us and as we think of today’s readings we might also find ourselves reflecting on all that has happened over the past week and for many the words of Psalm 23 are a place of comfort, strength and solace.

WOLVERHAMPTONS Laurel Funerals has announced the acquisition of two funeral businesses to add to its growing collective.

Arguments between the fighting factions continued well after several police vehicles had arrived on the scene The four people who were arrested following a brawl at a funeral in Castle Vale yesterday have all received police cautions, West Midlands …

Mass brawl: Police on the scene after the funeral at St Gerards Four people have been arrested after a mass brawl  at a funeral in Castle Vale this afternoon.

Police have issued an image of a man they would like to speak to in connection with an unprovoked homophobic attack on a man in the city centre.

WOLVERHAMPTON City Council is appealing to relatives of a man who passed away recently to get in touch so that his funeral can be arranged.

FAMOUS UK actor Hugh Grant was in Burntwood today as the star guest at the official launch of a new emergency medical service vehicle.

FUNERAL directors from Halesowen brought a smile to the faces of children in Russells Hall Hospital by giving them Easter eggs.

News
Thousands of pounds raised at event in memory of Walsall…

ALMOST 4,000 was raised to help pay the funeral costs of a Walsall father whose body was recovered from Hatherton Lake at Walsall Arboretum.

More than £3,000 has been raised to help pay for the funeral costs of a young father who drowned in Walsall Arboretum lake.

The funeral of a hard-working former councillor and community campaigner for Perry Barr will take place this week.

CHOC CHALLENGE: Local businesses, groups and residents are being egged on to help ensure that all the young patients at Good Hope Hospital get a special Easter treat.

An undertaker is charged with fraud and theft in Warwickshire and two other counties.

WE have been saddened to learn of the recent passing of both Bert and Mary Barnsley of Cradley Heath.

They devoted more than 70 years of their lives together and tragically died just a week apart.

News
Donation to Lichfield Riding for the Disabled in memory of…

THE parents of a Whittington man killed in a tragic car collision have presented a donation to charity in their late son’s name.

TRIBUTES have been paid to the secretary of Lichfield Table Tennis Club, who died suddenly during a visit to family in India.

Two more major acts have now been added to this year’s festival bill with leading indie stars We Are Scientists and legendary Welsh rockers Funeral for a Friend set to play the event.

wo more major acts have now been added to this year’s festival bill with leading indie stars We Are Scientists and legendary Welsh rockers Funeral for a Friend set to play the event.

A TAMWORTH man has won the right to be let out of prison to take part in his father’s funeral following a major legal battle in the High Court this week.

A TAMWORTH prisoner is fighting for the right to be allowed to attend and take part in his father’s funeral and is taking his case to the High Court on Monday (March 31).

A Tamworth funeral directors have launched an appeal to collect Easter Eggs for local Children.

The funeral arrangements for Canon Gerard Hanlon, a retired Priest of the Archdiocese of Birmingham, who died on Wednesday 13 March 2014 at the Little Sisters of the Poor Nursing Home, Harborne are as follows: Wednesday 26 th March at 6.45 p.

EASTER eggs are being collected by a Halesowen funeral directors to put a smile on the faces of children who will be stuck in hospital over the festive period.

Canon Gerard Hanlon, a retired Priest of the Archdiocese of Birmingham, died on Wednesday 13 March 2014 at the Little Sisters of the Poor Nursing Home, Harborne.

A hectic week last week stopped me from listing these two that came in over the past fortnight: 2013/09503/PA – 1091 Warwick Road, Acocks Green, B27 6QT Erection of single storey conservatory to front and infill second floor extension, and retention …

Hundreds paid their last respects to Lord Bilston today as he was laid to rest in his home town.

He passed away last month The funeral of former Wolverhampton South East MP Lord Bilston takes place at St Leonard's Church in the town this morning.

Canon Anthony Allport, a retired Priest of the Archdiocese of Birmingham, and formely Parish Priest of St Patrick’s, Wolverhampton, died on Friday 7th March 2014 at his home in Wolverhampton.

SUTTON Coldfield-based funeral services group Dignity has seen a steady increase in both revenue and profit before tax.