Walsall Football Club are set to take a share of a cash windfall as the Banks's Stadium appearance of Sir Elton John and his Band is estimated to have brought in around £1,000,000 to the region, with hotels, pubs and restaurants also benefiting… 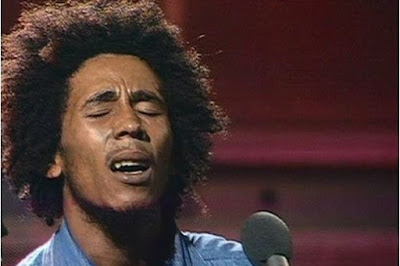 The newest from Pete Clemons in the Coventry Telegraph , looking at Johnny Nash and Bob Marley .

THE Malmaison Hotel du Vin (MHDV) group of boutique hotels has been sold for £363m to an Asian hotel group.

This is a fantastic festival featuring top national bands plus some of regions finest musicians at various venues across the city centre including the Cathedral, Guildhall, George Hotel, Lichfield Library plus over six pubs and restaurants.

The name of EZE Group will return to Blues shirts for the upcoming season, with the club announcing last night at Hotel LaTour that an “agreement well into six figures” had been agreed with the leisure company. Blog feature
A weekend in Blackpool with Travelodge Southshore

I adore Blackpool, it is definitely the flashiest, glitiziest place in the UK, and the sight of that iconic tower always makes my heart skip a beat.

A HISTORIC hotel in Sutton Coldfield is celebrating “suite” success after raising hundreds of pounds for charity with a little help from its furry friend.

Relax and enjoy yet more festivities and a delicious four-course meal.

Enjoy the warmest welcome of welcomes from the team at Nuthurst Grange on this special day.

A STYLISH fund-raising event held by a Sutton Coldfield cancer charity has raised more than 1,500.

A STYLISH fund-raising event held by a Sutton Coldfield cancer charity has raised more than 1,500.

Jenny Emms has alerted me to a post by Sammy Emms on Facebook that there’s currently a rather handsome, friendly tabby cat at Barons Court Hotel in Walsall Wood that appears to be lost.

Dennis, 92, visits grave of Coventry soldier and presents wreath to Mayor of Antwerp ahead of ‘Meet the Heroes’ fundraising dinner at Britannia Hotel… A cuddly teddy at a hotel and spa in Sutton Coldfield has been helping customers take a well-deserved rest while raising money for leading local charity St Giles Hospice.

CRITICS have hit out at Walsall Council for the scale of its asset portfolio.

More than 600 has been raised for the Tamworth Forever Community Fund thanks to generous donations at a recent charity event. One of the first fashion events I ever went to was for iconic jewellery brand Thomas Sabo .

Police are still searching for people who were walking near a hotel when it was destroyed by fire.

Agencies Johnson Fellows and Lambert Smith Hampton have won the brief to find occupiers for hotel building’s 10,000 sq ft of offices ahead of completion in October…

THE office element of The Grand hotel refurbishment in Birminghams Colmore Row has gone out to agents.

A RESTAURANT at a top hotel in Sutton Coldfield has been served up with a tasty award in recognition of its culinary excellence.

A RESTAURANT at a top hotel in Sutton Coldfield has been served up with a tasty award in recognition of its culinary excellence.

The devastated partner of murdered Wolverhampton hotel owner Ranjit Singh Power has spoken of her heartache, as a body was found by police in India.

THE new £150m Resorts World Birmingham leisure and entertainment complex at the NEC has been given the royal seal of approval.

The Oak Room restaurant at Moor Hall Hotel & Spa in Sutton Coldfield has been awarded 2 AA Rosettes for culinary excellence following an anonymous visit from the AA judges.

The ground at the side of Station Way leading to Trinity Park is littered with rubbish.

A PRESTIGIOUS hotel in Royal Sutton Coldfield has checked out with a top award for the fifth year running.

Starboard Hotels has bought the Ibis at Bordesley Circus, from HotelInvest parent company Accord…

It looks more like the aftermath of a war zone.

MEMBERS of the Walsall Poetry Society were at the Lyndon Hotel where we had about 23 people present and we are now looking forward to the forthcoming Walsall Arts Festival.

Moor Hall Hotel & Spa in Sutton Coldfield has been recognised as a TripAdvisor Hall of Fame winner as the 4 star hotel has been awarded a Certificate of Excellence for the 5th year...…

The Macdonald Burlington in New Street has developed a unique cottage industry pumping water up from an underground well dating back to the hotel’s origins in 1873.

Firefighters remained on the scene of a former hotel and wedding venue today four days after it was completely destroyed by fire.

Jane Andrews, former dresser to the Duchess of York, killed Tom Cressman in 2000…