Next Saturday 27th Feb Freestyle return to the HH for their first show of 2016 with legendary turntablist DJ Woody .

Coventry-based Warwick Music Group is behind the innovative product…

Families can enjoy one of Shakespeare’s most enchanting plays with puppets, music and physical theatre at a free performance in West Bromwich.

If this doesn’t get your limbs twitching like you’ve been wired up to the mains and doused in water then you may well need to check you’re still alive.

An evening dedicated to the life and music of the late Tubby Hayes will take place in Lichfield.

Friday February 12 2016 Lichfield Festival has started its 35th anniversary by announcing that Julian Lloyd Webber is to become one of its Patrons.

A TAMWORTH singing duo have successfully sung their way into the next round of BBC One’s The Voice show – after being chosen by judge and music producer will.

HONNE have gifted us all with the perfect Valentine’s soundtrack. 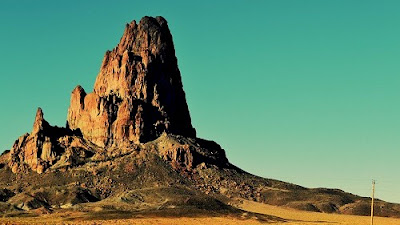 BIG changes at both top and bottom of the 7th YouTube chart Lady Leshurr on top; Laura Mvula and the Editors on the foothills.

Blog music
My Love’s In Deep

I’m thrilled to say that my latest track My Love’s In Deep has been added to the A Playlist on Brum Radio. Tonight is an all too rare opportunity to see Joe Jackson, singer, songwriter, pianist and writer, on his “Fast Forward” UK Tour.

The Chase Inn at Newtown, Brownhills goes from strength to strength – there’s not only great ale and a warm, welcoming atmosphere, but great live music most weekends, too – and there’s a great act on tonight. Following the positive reception that greeted her new album Light Up The Dark , Gabrielle Aplin approaches a major UK and Ireland headline tour that includes a Birmingham show at O2 Institute…

With the success of the Leeds KFS Fetrave party, Fetrave is taking over the top floors of O2 Institute Birmingham and bringing a mix of live music, DJs, club based entertainment, we give you a Fetish based rave for those who like to d ress, dance …

Gabrielle Aplin has seen the world, and she’s heard the world. Event
Khruangbin Next Friday at the H&H

This Is Tmrw  bring  Khruangbin to the HH next Friday 19th February. One of the great things about being a theatre reviewer is you never know quite what you’re going to see, and sometimes even when you think you do you’re in for a big surprise.

LICHFIELD Festival has kicked off its 35th anniversary by announcing that Julian Lloyd Webber is to become one of its Patrons.

A YOUNG singer from Tamworth has seen her debut single featured in the iTunes New Releases Singer-Songwriter Chart.

GUIDES and scouts from across Tamworth ensured that Tamworth Assembly Rooms went out with a bang as the curtain closed to rapturous applause for the last time until the theatre’s modern new look is revealed. 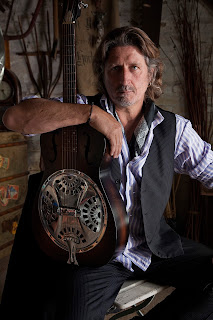 First of all I would like to apologise to everyone for the gap in posts and delay in writing reviews.

Pennine Housing 2000 darts star Scott Waites is heading to the states to appear on one of the worlds most popular shows.

After wowing many a Brummie with their stand out performance at last years All Years Leaving festival, this is tmrw will be bringing Spring King back to the Hare Hounds for their first Birmingham headline show tonight! The Manchester based quartet … Opening with ‘One of Them Will Destroy the Other’ off their last album ‘Black Lines’, you can’t help but liken the logo to a vertical Black Flag logo.

Continuing the random eyes closed trawl through 35 years worth of record collecting today’s gem is Kirsty MacColl’s Walking Down Madison, perhaps the rockiest and most ‘street’ she ever got in a career tragically cut short by a complete and …

Guides and scouts from across Tamworth ensured that Tamworth Assembly Rooms went out with a bang as the curtain closed to rapturous applause for the last time until the theatre’s modern new look is revealed.

Event
Music at the Hare and Hounds

SOLIHULL couples with the thought of marriage on the horizon are being invited to attend Hall Green’s Church of Ascension open day on Saturday (February 13).

A SOLIHULL musician has been taking the world by storm landing himself a headline spot at Birmingham’s 02 Institute and a place in the New York film festival.

The portrait of one of the icons of contemporary music. Event
Mr Scruff & Alexander Nut next Saturday at the H&H

Leftfoot in association with Soundcrash will be brining Mr Scruff Alexander Nut to the HH for The Funk Soul Weekender Launch party next Saturday 20th February.

Iggy Pop is back, and this time with a QOTSA and Arctic Monkeys supergroup.

Beyoncé is back, but is her new single worth listening to? Gregory Robinson tells all.

Danni Ferrante tells us if Daughter’s new album lives up to its predecessor.

A woman is charged with murdering a music shop owner who was found in the boot of his car in Birmingham.

MUSIC lovers will be given a blast from the past when a dynamic 1960s show takes to the stage of Birmingham’s Alexandra Theatre.

A woman has been charged with the murder of music shop owner Tanveer Iqbal who was found in a car boot in Edgbaston.

Richard Lutz takes his seat for Matthew Bourne’s Sleeping Beauty ‘ Once upon a time…’  warns the the  written prologue  that wavers in front of you  behind the gauze curtain.