Alan Lloyd is desperate for news of his daughter, from Tamworth, after spotting her on TV being carried off the beach…

In this weeks show Leo reads full steam ahead, Sue takes us on a tour of the Childrens TV Exhibition at The Herbert (part 2), Mark Wood continues his talk to the Monday Club and Dave continues his report on a Resource Centre Spring Walk to Canley …

A body representing local TV channels says it does not accept a delay on advertising licences for new stations “is truly justified”.

Richard Lutz peruses the TV listings for the best film on the box this week.

MUSIC lovers are encouraged to head to a Sutton Coldfield shopping hub this weekend and enjoy a variety songs including an appearance from a TV talent contestant. Kids TV favourites the Octonauts are taking young theatre-goers on a deep sea adventure at the Lichfield Garrick.

In this weeks show Leo reads a few short pieces about Animal Heroes, Sue takes us on a tour of the Childrens TV Exhibition at The Herbert, Mark Wood continues his talk to the Monday Club and Dave reports on a Resource Centre Spring Walk to Canley …

Prem Dates For TV Selections – WBA Vitalfootball:WBA:17/06/2015 16:28:00 With the fixtures for the 2015-16 season now known following the announcement earlier today, here are the dates where Sky Sports and BT Sport…

Villa
The Dates TV Can Change The Fixtures

The Dates TV Can Change The Fixtures Vitalfootball:Aston Villa:17/06/2015 10:45:00 Dates that football fixtures can be changed for Sky Sports And BT Sport channels…

Calling all men over 50! The Club is setting up a new Walking Football team – you may have seen something about this within a Barclays TV advert.

News
​Gordon Ramsay joins 2,500 athletes at Ironman near Lichfield and…

FIERY chef Gordon Ramsay was among more than 2,500 athletes taking on the ultimate triathlon challenge in near Lichfield at the weekend.

So, we have had our first public meeting with the Birmingham Independent Improvement Panel: http://www. 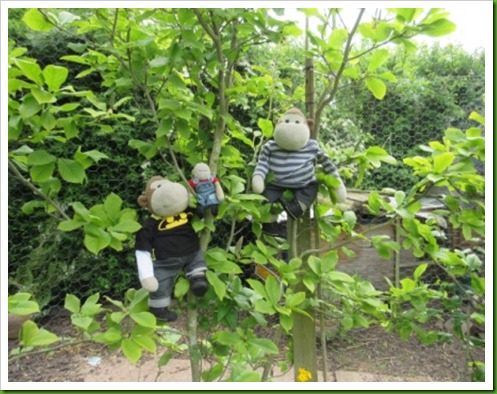 It’s time for us to leave the intensive pleasures of the Worcester countryside and Chateau De Chic-Kin Coup to return to Castle Greysquirrel It’s been all tooooooo wonderful …… …….. 18 Jun 2015 – Spoken Word at Eastside Projects Join us for a talk by Alice Theobald, an artist who makes live performance, video, installation and music to actively explore the division between stage and life and the discrepancy between expression, … Back in the days of my youth I was a regular listener to DJ John Peel’s Radio 1 ‘Top Gear’ programme (not to be confused with the TV programme of the same name associated with some chap called Clarkson). Jonathan Ross has been ruled out of an Ironman event in Lichfield and Burntwood.

A MAN from Walsall who had to be escorted from a plane by police following drunk and abusive behaviour has been handed a 12-month community order.

News
Are set-top TV boxes illegal? Everything you need to know about what you CAN and CAN’T do with them

We like their TV programmes, they admire our houses.

Event
How to get on TV as an extra

Hustle, Survivors, Line of Duty have all been partly filmed in the city.

News
Lenny Henry’s delight at offer of knighthood: ‘It’s like being filled with lemonade’ Terror A black comedy by Joan Greening is coming to the Lichfield Garrick.

On the 13 th May , a visit was made to the Imperial War Museum, Manchester by a number of members of the Society.

Having touched upon the mediocre in my previous post, it’s the unerringly crap that I wish to focus my attention on, for they really do have issues that need to be scrutinized.

Business
TV shopping channel sets up base at Fazeley Studios

Blog music
The SUN and the moon…heatwave set for Lunar Festival!

News hot off the press (well from that woman on Breakfast TV) this weekend’s Lunar Festival (voted one of the best festivals of the year in 2014 by The Guardian) is set to be scorchio! Hotter than Spain apparently…

Yes just weeks after he was reported as throwing his name in the hat as a contender for the role of Labours deputy leader , Tom has now appeared on the BBC’s Sunday politics show.

Blog feature
Hungry for a challenge

Being a cook on trial in a new television reality show proved to be a real test for a Shifnal head chef, writes Heather Loat.

The Coventry art gallery has already welcomed around 16,000 people to see the exhibition of much-loved puppets, toys and merchandise during opening week…

As no one is up to writing a report I thought I’d have a go.

News
The return of the Loxley

Local star Karl Loxley, fresh from his exciting run competing in the BCC Voice UK TV show, is home and busy preparing for his first public appearance since, with what promises to be a belter of a show at the Albany Theatre.

Villa
What time is the FA Cup final today and what TV channel is it on?

Villa
What time is the FA Cup final tomorrow and what TV channel is it on?

All you need to know about Arsenal vs Aston Villa at Wembley on Saturday, May 15, including team news, prediction and ticket latest… Tickets have gone on sale for Tell Me on a Sunday at the Lichfield Garrick.

Life according to Mrs Shilts 27 May 15

On Sunday we were invited to attend a party to celebrate the first birthday of the In The Night Garden boat ride at CBeebies Land , Alton Towers.

A Cannock firm has played a major role in burning down part of Coronation Street in this week’s major TV blaze.

Villa
What date and time is the FA Cup final and which TV channel can I watch it on?