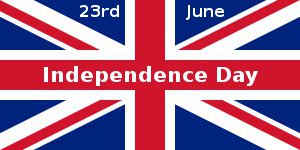 The German TV channel ZDF consider it hilarious to mock Britain in what is supposed to be a comedy programme The main problem is the TV programme associates the British as backward race of people stuck on an island in the North Sea with ugly women,

and portrays Cameron as a Biggles type character, which may be considered by the straight faced Germans as funny but in the UK would be considered inappropriate. To make things worse the announcer says…
Read the complete text